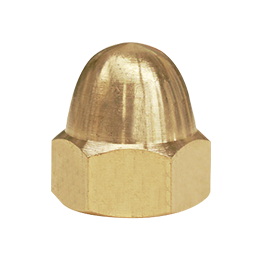 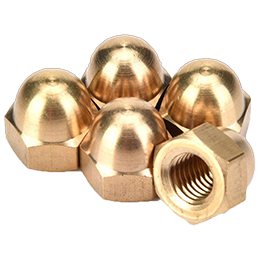 An acorn nut, also referred to as crown hex nut, blind nut, cap nut, domed cap nut, or dome nut (UK), is a nut that has a domed end on one side. When used together with a threaded fastener with an external male thread, the domed end encloses the external thread, either to protect the thread or to protect nearby objects from contact with the thread. In addition, the dome gives a more finished appearance.